Joseph Arthur on The Family

Joseph Arthur on The Family


“All happy families resemble each other, each unhappy family is unhappy in its own way.” – Leo Tolstói, Anna Karenina.

I never really sat down at a piano and asked for much from it. Though for me, piano runs deep as the nucleus of my relationship with music. It’s how I started. And a thing I hated – not unlike three hundred million suburban kids before and after me. But this thing in my world as a kid just stood there like a judgment of failure and a stunning opportunity, all at the same time. And was used that way against me and for me. And thus began my long, weird relationship with music. This saviour. This damnation. And I won’t apologize for the Emo direct sloppiness of this description. There’s no way to soft sell it.

Music quickly became the cornerstone of my identity out of need. And it has remained that way ever since. It’s a need to transcend this reality for another, and it’s what we all seem to strive for in one way, or another. For me, music means freedom and is still the best place to put all the love-frustration-pain-suffering-euphoria-bliss-magic I can muster. It always pays back and pays back in full.

A piano restorer in Carroll Gardens found my 1912 Steinway Vertegrand piano for me. When it came up on Craigslist, he said he was baffled by it. It came to my place for $1,600, all in. It was a steal. There are famous photos of John and Paul (The Beatles) playing identical pianos, writing their early hits. My piano tuning friend gave it the full inspection and tuning, but little to no repair was needed. It was like out of a time capsule. It was aged, and it had character. But nothing compared to what it was and how old it is. It had lived in Connecticut with the same family for generations, and it simply had become an artifact, despite sentimental value. Beyond all measure, though entirely impersonal to me, it had become a thing the family could no longer afford to deal with (as all things in this realm finally become.) And how unfortunate/fortunate for it to end up in an industrial garage space/studio off the coast of the waters of Red Hook, Brooklyn, where early in its new life it faced near devastation. It was only saved by friends who lifted it on cinderblocks when Sandy came to fuck us all.
But it survived.
We survived.

This record evolved right around the time the piano made its way to Brooklyn. I’d had a random conversation (is anything random?) with a woman I judged to be into speed and pills (okay, by her own admission). She was telling me about her problems with her ex-husband hounding her about the kids. This inspired the song, “You Wear Me Out”, which became the catalyst for the concept of this record about family dynamics. I set out to make an album that centred about all of the aspects and all of the relationships of “The Family”. And how fitting that these songs should begin on that hundred-year-old Steinway that had only ever belonged to one family.

So the songs just came. One after the other. It felt like some dumb divine clockwork. Everything else I had, or was doing, went out the window and seemed tired and irrelevant. I hadn’t yet released “Boogie Christ”, but I dove into this passionately.

“The Family” story is mostly a work of fiction. This isn’t about my family. It’s about family.
I did interview my parents. I asked for stories – anything they could recall. I remember thinking how strange it was that I hadn’t really asked before, and also how relatively little they seemed to know. I think many modern American families operate like this. Off the top of my head, I don’t even know much about my heritages. I know that one of my grandfathers comes from Spain, and the other comes from Scotland. My grandmothers are mixes that I can’t recall, and so it goes. We blend. Our histories are lost or confused. This is no bad thing, mind you. It’s life and it’s great, and I’m all for it. We should blend. We should progress. But I digress…

I used facts from things my folks told me and then quickly fictionalized. Not as a rule, but because I wasn’t interested in creating a personal history, or telling a story that no one really knows. I utilize the personal to imbibe reality into the universal.

For example, when I refer to ‘sister’ in “Sister Dawn”, I’m not speaking about my sister, though I did use her actual name in the song, “The Family”. However, it was me who would climb up every tree. And that wasn’t in West Virginia, either. It was in Akron, Ohio. But we did go to Anmoore, West Virginia every summer and every Christmas, and we did play football there.
I incorporated actual names of people who meant something to me, and for whatever reason, never changed them. Perhaps I should have. But songwriters know that names hold weight and are hard to change.

The songs are sung from the perspective of different characters, both male and female, both child and adult, in different times in history. World War II factors in heavily to the story, but for me it was always just about war right now—the loss we all have right now. That’s why I let it surround the main story, which is the way family dynamics shape us and make us who we are.

“When I Look At You” is sung from the perspective of a mother looking at her son as she is dealing with losing her husband to the war. As a songwriter, there was great freedom to take myself far out of the equation. And yet the songs felt like these things had been waiting for me, waiting for me to get out. Maybe they were stored up in that piano. Or maybe writing from that thing that had threatened me most was really setting me free. The story is non-linear and abstract, and works to help make it less personal and more universal. (An aside: I asked Tchad Blake to sequence it. He has a peculiar talent for this, as well as for mixing. This album came alive not only through his mixes, but through his sequence and edits.)

“Wishing Well” is about going to the mall in the late ‘70s/early ‘80s; it was the only suburban destination for my best friend, Jeremy and me. We’d spend hours with stolen twenties, playing Asteroids or Pac-man, smoking menthol cigarettes I stole from my mom, and joints we got any other kind of way — and looking at that freaky well in the center of it all — the weird display of financial lunatic freedom, right in the middle of the celebration of capitalism that was wooing us to sleep through sticky treats and flashing lights. But at the mall we could make some wish, to what or who, I don’t know. But no one ever seemed to take that money (from the wishing well). And lets hope at least some of those wishes came true. I know mine did.

In West Virginia, you could see the highway from a tiny porch of this little house that had been destroyed. It only exists, like it only ever existed, up here in the spirit where everything is eternal and forgiven, and the complicated aspects that make us these remarkable things called humans. That’s what I was trying to document here. That’s the story I was trying to tell. Love and loss. Dysfunction and surrender. Hopelessness and abuse. And the thing that somehow allows us to transcend it all. To let the things that at one point impaired us, be the same things from which we develop, or like a blessing, get our strengths.

Nothing in this album comes from judgment. These are stories being told from different voices and mysterious times, which hopefully resonate with all the families everywhere.

The last song on the record, “Daddy, The War Machine”, is sung from the perspective of an innocent child, with his simplistic understanding of where his father went, and why – and then with the complexity of his loss and absence. Then the grown-up in him sings almost with defiance, or even as a challenge, with a boxer’s pose at the end. It is the loss endured and turned into fearlessness – a kind of punk rock exuberance inviting the reality of this war machine that is the nature of man. It’s a celebration of it all. An acceptance and a love letter. To life. And to all families, including mine. 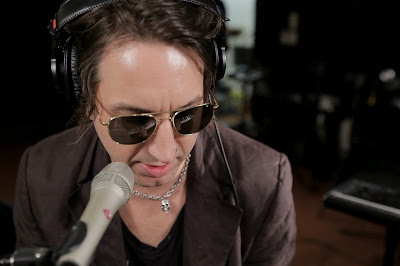 The Campaign Song
The Family
Machines Of War 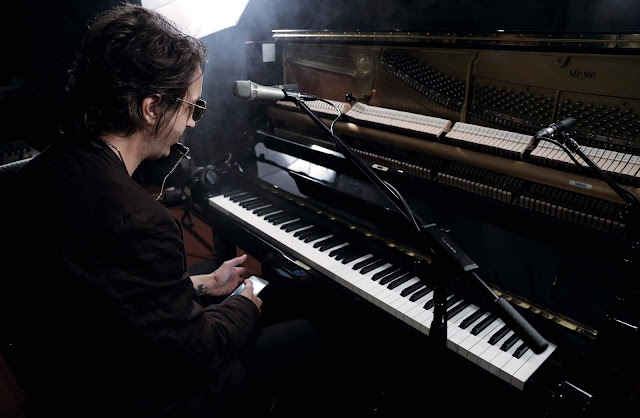 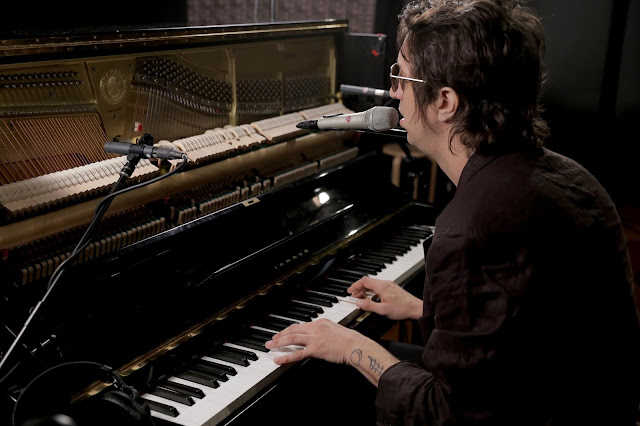 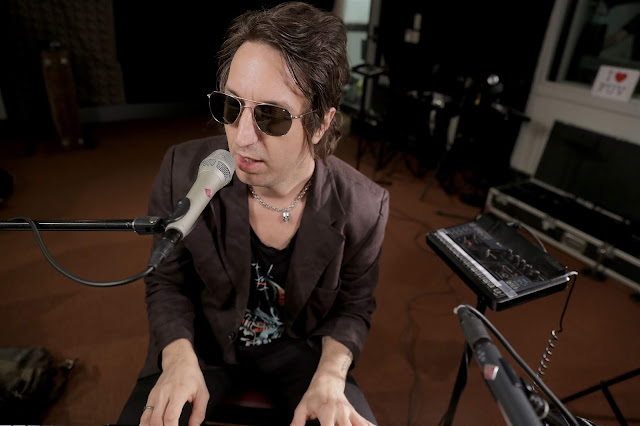 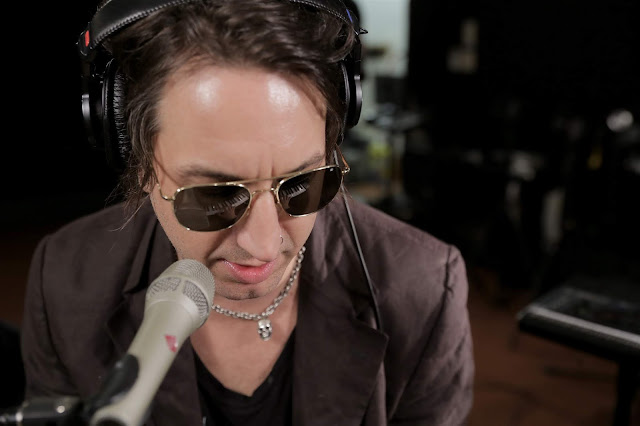 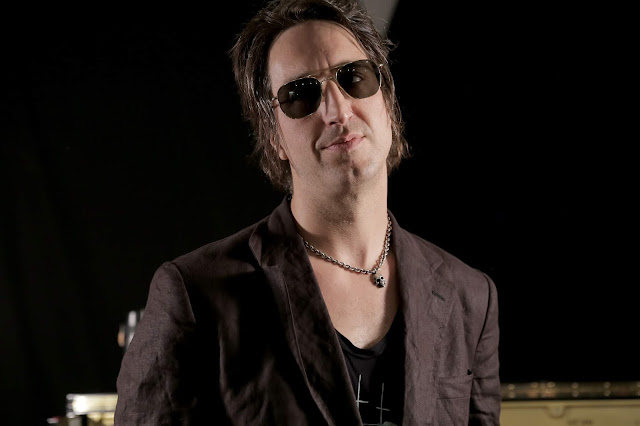 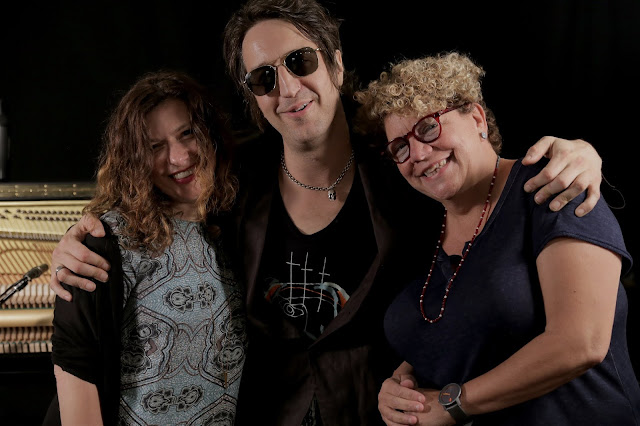