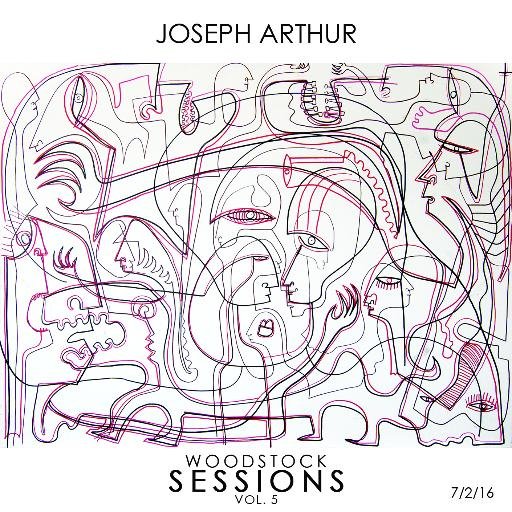 cover of the unreleased live LP

Woodstock Sessions is a great concept. Here is the teasing of this event :

"Attendees will have the rare experience of witnessing and participating in the recording of a live in-studio album with Joseph at Applehead Recording & Production on the farm in Woodstock, New York.

We invite you to join us and Joseph who will be exhibiting never seen before artwork that he created for his latest release. You will then be one of the few along with Joseph as he creates his Woodstock Sessions release.

This is a day long immersive experience with the artist.

All attendees will receive:

Unfortunately for fans who paid $ 150 for this program, Joseph's new management did not allow the release of the live album.

To date, they have received absolutely nothing.

You could see some photos of this day here.

Thank You Denise for this amazing setlist.

The concert was officialy recorded, but... 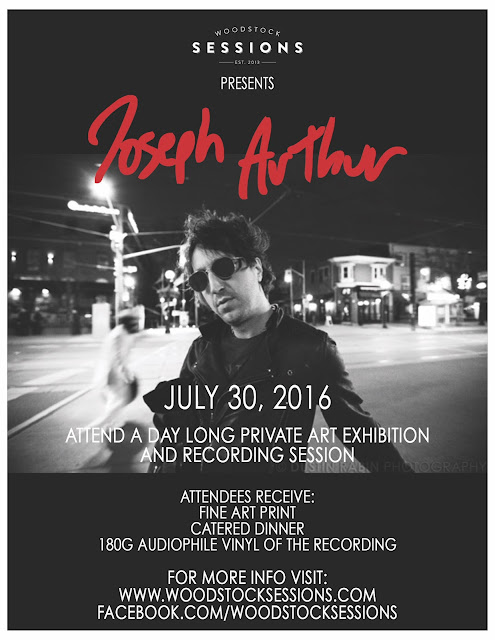 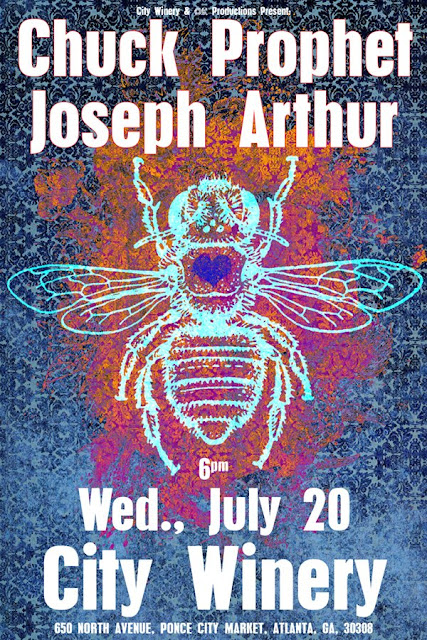 Joseph Arthur is an American singer-songwriter and artist from Akron, Ohio, United States. He is apparently best known for his solo material, and as a member of Fistful of Mercy and RNDM. I must confess that I knew nothing of Joseph until the album arrived to review. Listening to new artists is one of the joys of being a music reviewer and this singer songwriter was first discovered by Peter Gabriel in the 90's. He knows a thing or two about music so I expect great things from him! Joseph is also a renowned painter and designer so all in all, a very accomplished young man.

This album entitled "The Family" centres on what the title infers, The Family, or at least the commonly held idea of one. A real eclectic mix of music and sounds covering most aspects of family life in general; war, love, murder, despair. Some topics are not natural bed fellows for a song on an album but these do work very well indeed. Both depressing and uplifting in equal measures.

"Machines of War" is a song of our times depicting the fear and worry of a loved one heading off to a conflict. The painted images are those produced by a true visual and musical artist. Thought provoking in the extreme! "Ethel Was Born" is a haunting little song about a couple from different backgrounds meeting up and what happens to them. Like many of the songs on this album, this has a simple musical backing played primarily on a Steinway piano, possibly not the type of music that the original manufacturers of this classical instrument envisaged their works of art being used on. This song is followed immediately by "You Wear Me Out" with the Steinway to the fore again. A much brighter and cheerier offering

Joseph has, at times, a very sad and gutteral voice which is perfect for "You Keep Hanging On" a love song sung with genuine and real emotion. His voice on some tracks has a mix and feel of Dylan and John Martyn, ideal for the slower numbers on this album. "The Flag" is arguably the best example of this comparison with two other superstars!

This is definitely a slow burner of an album. It took me at least four listens to really get into it and fully understand what Joseph is trying to portray through his excellent music and evocative lyrics. I said at the beginning of this review that I had not heard of Joseph before and I am pretty certain that the same will apply to many other music lovers from this side of The Atlantic, but I am also certain that this will change in the near future if this album is anything to go by.

If you want to know if you are going to like this album, just take a listen to the opening track, "The Family" which sets the scene for the rest of the music to follow. "The Family was always glad you came" is a line in the song that accurately describes my mantra for life.

I read a review somewhere that gave the album a rating of 9/10. I think I need to listen to it a few more times to get to that dizzy height but it is certainly well on the way. Enjoy it!!!


This time it’s impersonal — in a personal way. Restless singer-songwriter and one-man band Arthur mixes fact and fiction on his 14th offering, weaving details of his own life into heartfelt tales of the lives, loves and losses of an American clan. Fittingly, he wrote the disc on a century-old piano that belonged to a Connecticut family. Make yourself at home.

RATING: 3.5 (out of 5)
by tinyechoes Aucun commentaire: 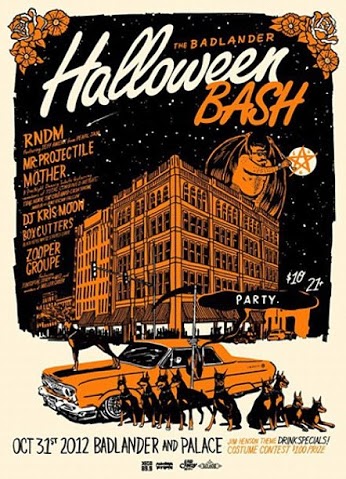 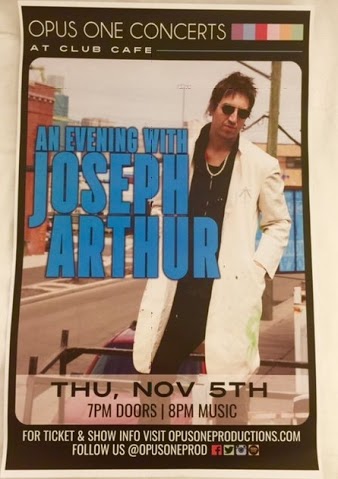 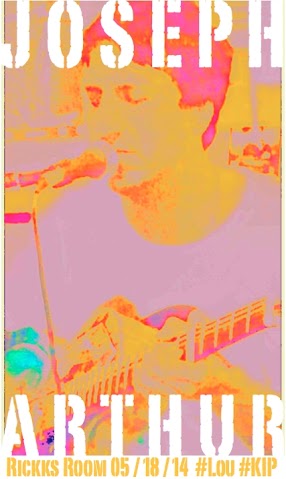 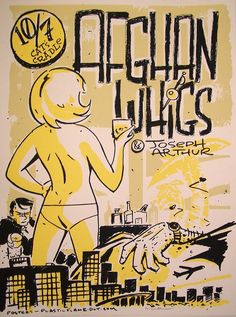 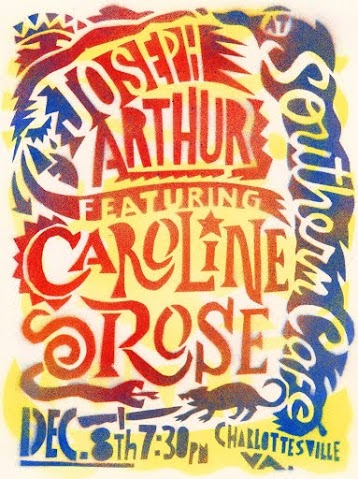 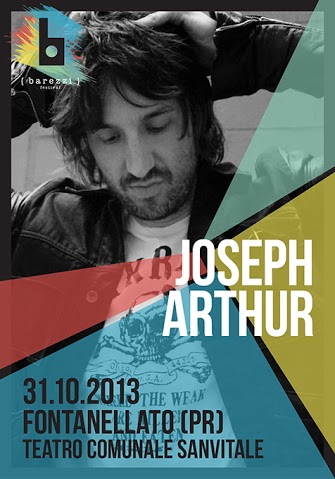 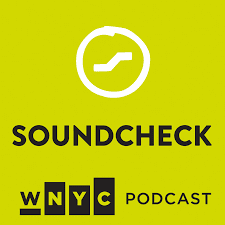 The Family
The Campaign Song
You Keep Hanging On 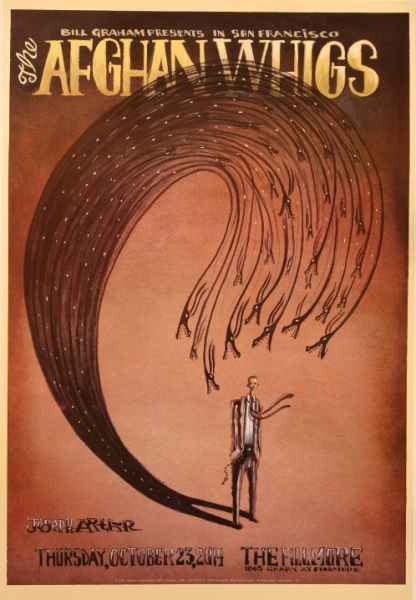 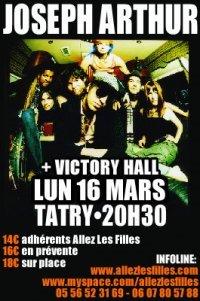 the family
the campaing song