Those only familiar with Joseph Arthur from his previous album, 2000's Come To Where I'm From, might peg him as an edgy solo artist with a slightly monochromatic palette. Redemption's Son paints a more complicated and interesting picture.

This time, Arthur seems intent on testing his range as a songwriter. Of the sixteen tracks here, only one, "Termite Song" loses its slender melodic thread in atmospherics. The remaining cuts reveal subtlety and a sense of adventure in a varied program of acoustic-based ballads, hook-laden pop and ominous techno-rockers. He chooses to enrich his guitar-bass-drums foundation with synthesizer and mellotron, and to layer multitrack harmony vocals behind his own expressive, whispery rasp.

It all holds together surprisingly well, thanks in no small part to Arthur's own production. There are hints of former mentor Peter Gabriel's studio touches -- most obviously in the intros to "I Would Rather Hide" and "Nation Of Slaves" -- but the overall conception here is more relaxed, more attuned to the earthbound qualities of the distinct little four-minute arcs.

Highlights include a trio of fresh takes on proven models: the Dylanesque "Dear Lord", which dances nimbly through the "I Want You" framework, "Innocent World", which evokes a grittier Donovan; and "In The Night", T. Rex in a rhythmically looser mode.

In a more personal, haunting vein, "Permission", with its angry threats and clangor, successfully explores Trent Reznor territory. This aspect of the album finds its somber culmination in the death-haunted "Blue Lips", a stark snapshot of bereavement. Here, as elsewhere, Arthur's vision escapes morbidity through the consolations of religious faith -- a faith, to be sure, of hard questions, as in the one that closes the album: "What you gonna do with your life?" It's delivered by a multitracked chorus that comfortably fits pop-song conventions, even as it lyrically challenges pop-song platitudes.


Though time had passed since his Real World apprenticeship, the Peter Gabriel influence looms larger than ever on Joseph Arthur's third release. In particular, Redemption's Son achieves a sophisticated marriage of traditional songwriting craft and avant-garde production, a combination that guides Gabriel's best work as well. The singer/songwriter foundation is clearer with Arthur, however; many of these tracks grow from a bedrock of acoustic guitar and vocals, with gauzy electronics shimmering across the surface rather than glistening within the fabric of the tune. Aside from a few inspired images, such as his admission that "I've been so happy being unhappy with you" in "Favorite Girl," Arthur's writing is steady and workmanlike; by giving prominent position to lines like "I wish I could follow you to the shore of freedom," from "Honey and the Moon," he tends to build in the verses toward slightly disappointing resolutions in the choruses. Even so, the sonic range achieved on these tracks, ranging from a filmy folk-rock evocation on "Dear Lord" to the collision of "Strawberry Fields" Mellotron and Duane Eddy twang on "I Would Rather Hide," suggests that Arthur may have even more promise as a producer than as an artist in years to come. 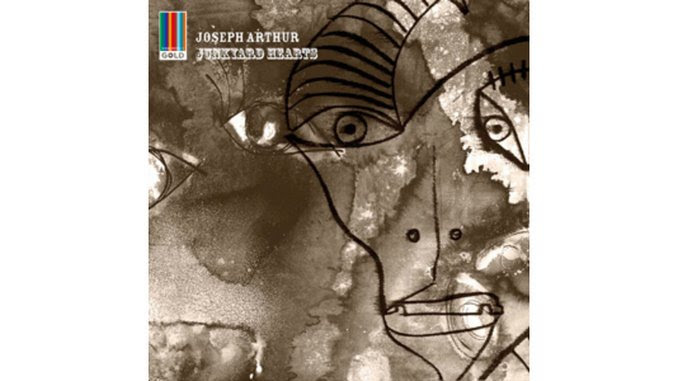 In 2002, Joseph Arthur was sitting pretty. In 1997 and 2000, he had released albums on Peter Gabriel’s Real World Records label, both of which were very well-received. He was touring constantly. And he was also encountering the problems that happen when a very prolific artist gets co-opted into a corporate-label machine. Arthur’s prodigiousness and his stylistic divergences were (and are) a big part of his appeal, so when it came time to follow up 2000’sCome to Where I’m From, Arthur was more than ready: He had nearly three albums’ worth of material. Needless to say, despite whatever admiration his label folks had for his creativity, there wasn’t much they could do when a critically-acclaimed but low-selling artist came to them with 35 songs that were ready to be released.

Sixteen of those tracks would take the form of Redemption’s Son, which was released by Real World in the UK in May 2002 (and later in the year by a US indie label). As for the other 19? Well, Arthur took those into his own hands, releasing them on his own as four separate EPs in February and March of 2002. The “Junkyard Hearts” EPs were simply titled—EP I, EP II, etc.—and were pressed in unique CD and vinyl packages designed and illustrated by Arthur. Now, as part of Real World’s “Gold Series” of reissues, those EPs are not only finally compiled as one set, but also rescued from their limited-edition fate and made widely available. However, just because the four sets are brought together under one title, that doesn’t mean that they are any more stylistically consistent than they were in 2002. One of the beautiful things about the individual releases was that each EP was allowed to be self-contained and internally logical; bringing them together results in something of a confusing range of sound. The expansive weirdness of EP III’s nighttime psychedelia (“The Termite Song,” for instance) doesn’t have a whole lot to do with the acoustic simplicity of a cut like “Cracker Jack Box” from EP IV or the mellow, multi-tracked groove of “This Heart Will Swallow Us” from EP I. And while they may not make for an entirely consistent album when brought together, it’s still great to be able to hear just how engaged and creative an artist can be at the peak of his powers. 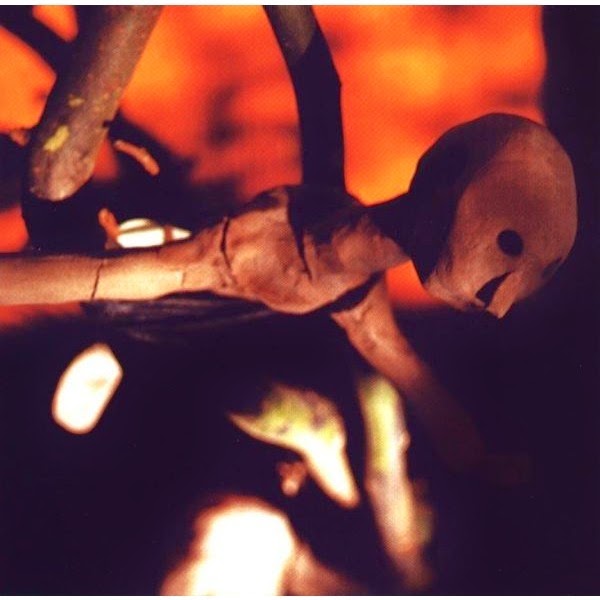 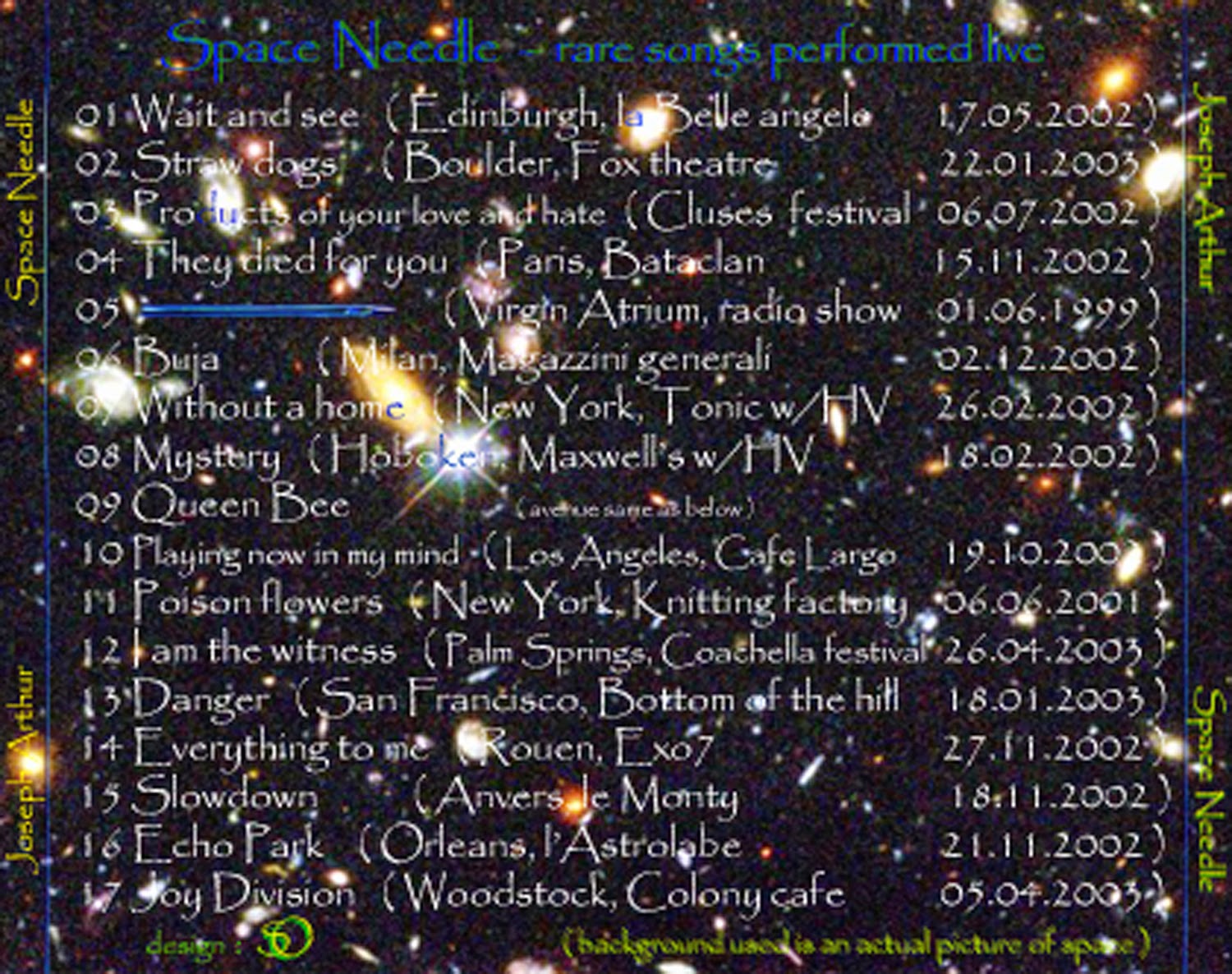 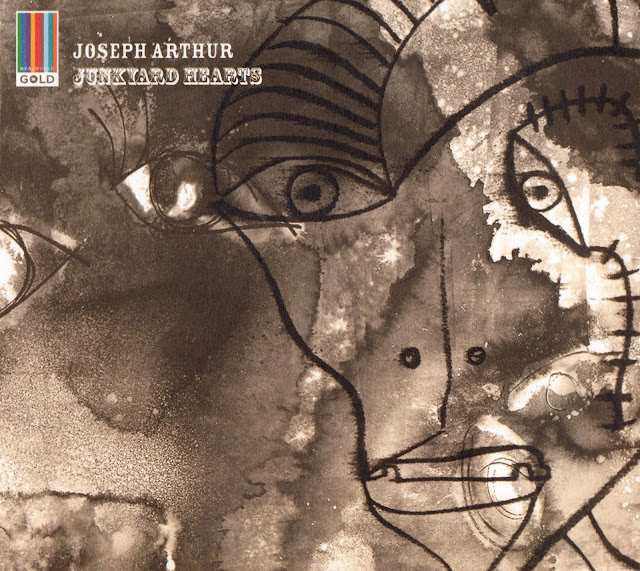 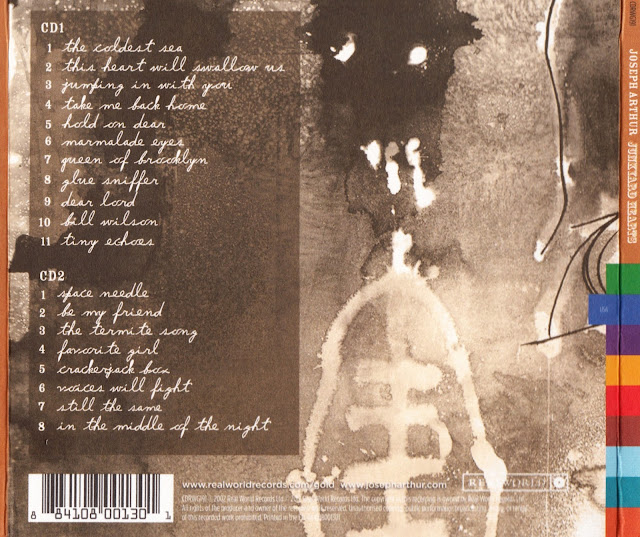 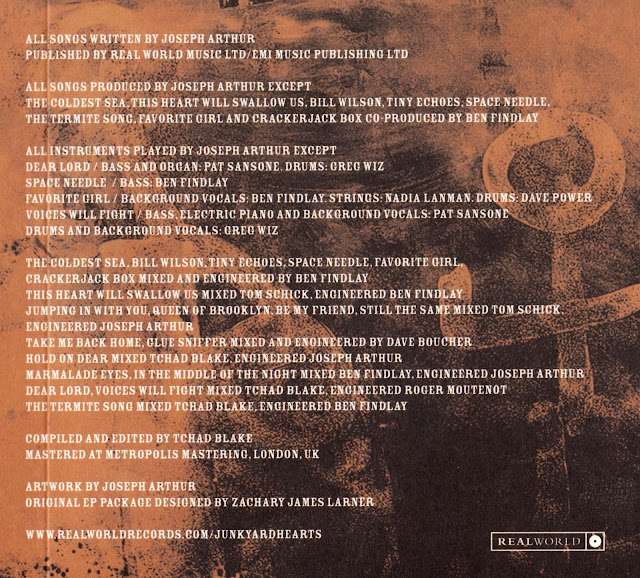 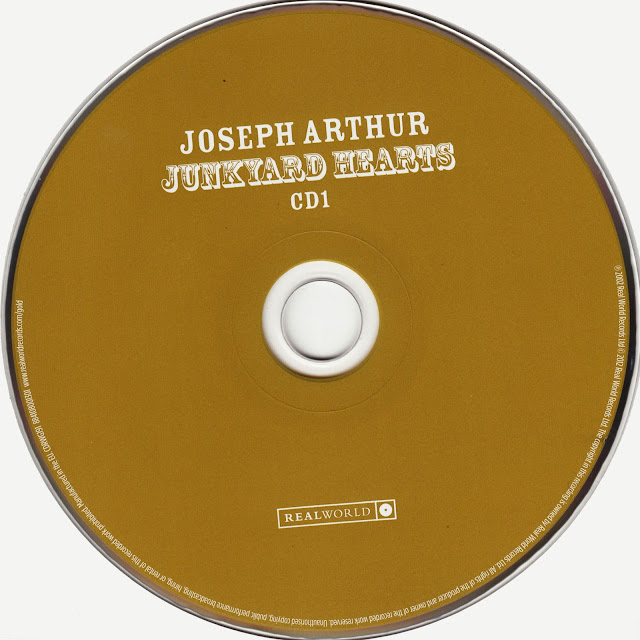 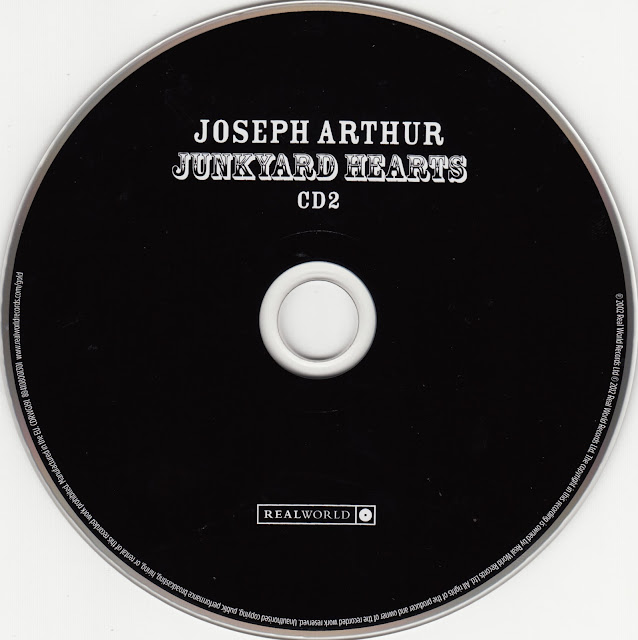 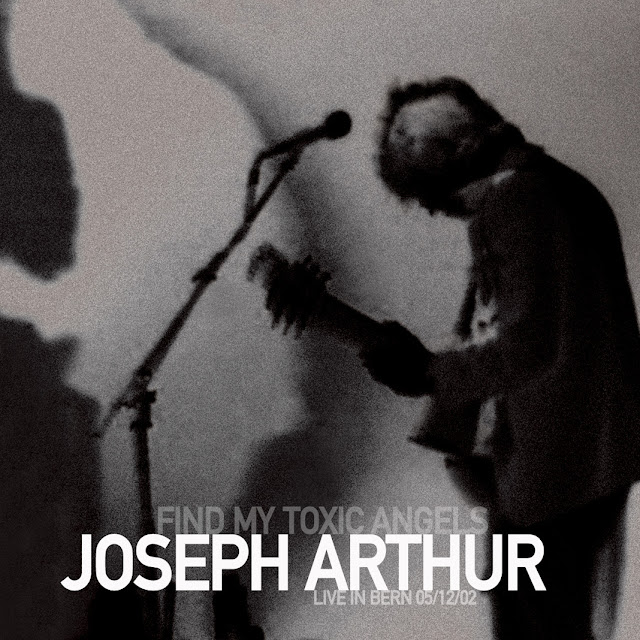 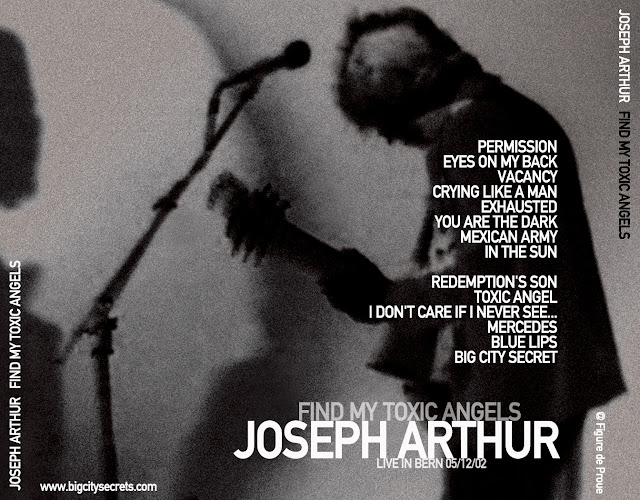 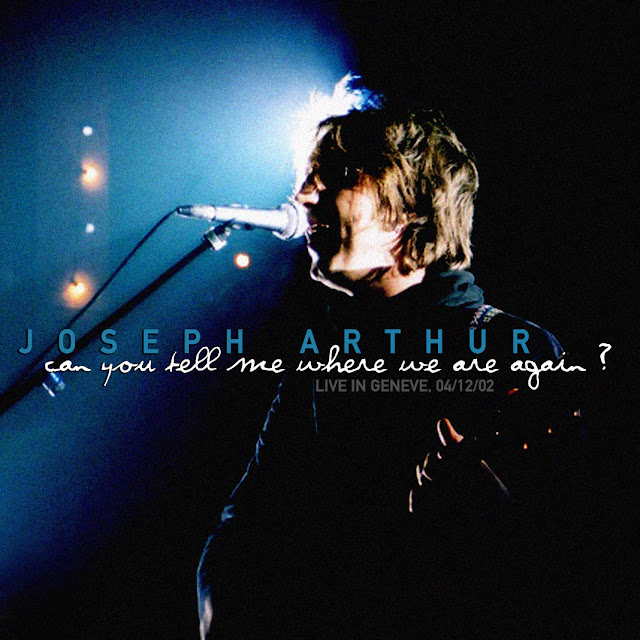 A Soundboard recording of this show exists :) 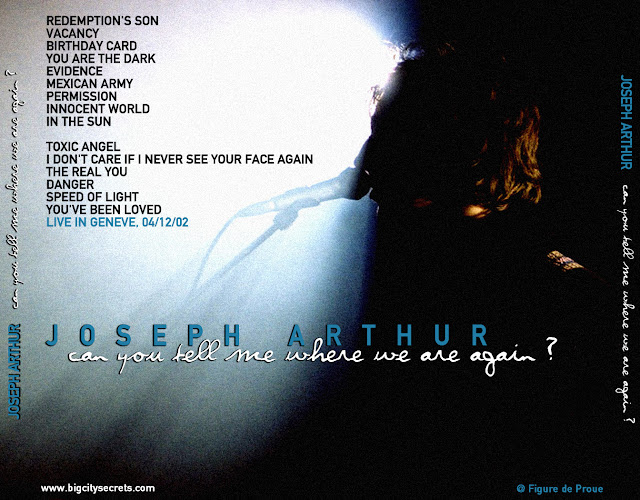