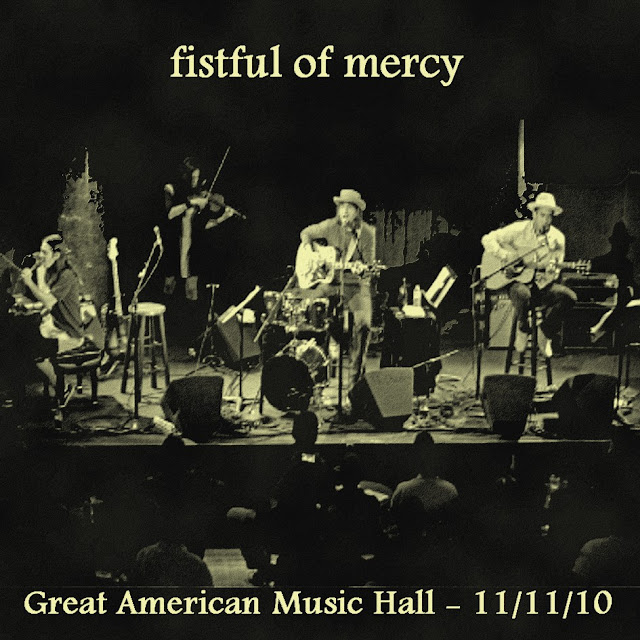 1) by Daspyknows, the taper of the recording :

"Thanks to Drew for the ticket.  Was looking forward to this and everything seemed easy.
No such luck.  Was checking gear and turns out I bought 4 dead 9 Volts at Walgreens.
Meant trying to find batteries at the last minute.  I was prepared for a dance floor but
it was tables and chairs.  I ended up to the right of a couple who just came to talk and
drnk.  During the opening act I asked them to be quiet twice.  No luck.  Between sets I
asked again.  At one point the guy said maybe we should duct tape his girlfriend to keep
her quiet (he was lounder).  I reached into my backpack and pulled out a roll.  Shut them
up for a bit.

Fistful of Mercy came out.  They were great.  I started the recorder when I expected them
to come out.  Security was always close by so I couldnt mess with the gear.  Unfortunately I
miscalculated the memory on the card and lost the last few songs.  I knew I was close but
couldn't check due to security.  Kicking myself because the performance of Pale Blue Eyes
was amazing.  Hopefully other sources will appear from the tour.  These guys are good, having
fun playing together and really seemed to enjoy each other.

Do not sell this, support these guys by going to see them or bying their new release."

When a band opens up with a song called “I Don’t Want to Waste Your Time”, you normally become a little cautious. When that band has Ben fucking Harper in it, there’s nothing to worry about.

That is, at least, what everyone at San Francisco’s Great American Music Hall discovered Thursday night. Harper’s newest project Fistful of Mercy, an acoustic rock trio with singer-songwriter Joseph Arthur and Dhani Harrison (George’s son), has no business being as good as it was after less than a year in existence.

After the crowd frustratingly chattered over a melancholy opening set by Them Crooked Vultures/Queens of the Stone Age collaborator Alain Johannes, FoM came out to a huge ovation, and the love remained throughout the evening.

With help from As I Call You Down violinist Jessy Greene, the trio strummed through all nine tracks on its October debut album, and then some. And “then some,” of course, means lots of bonus material. FoM kept the show fresh with plenty of crowd-pleasers, including covers of Bob Dylan’s “Buckets of Rain”, PJ Harvey’s “To Bring You My Love”, and The Velvet Underground’s “Pale Blue Eyes”. The band also threw in a new piece called “Scandalous” (sample lyric: “Scandalous / You’re so motherfuckin’ scandalous”).

The high point, for better or for worse, consisted of FoM playing a string of non-FoM songs. Halfway through the main set, upon finishing “Fistful of Mercy”, Arthur blurted out a request for a Harper song. Harper, a Southern California native, stalled by addressing the crowd: “How about some hostility for the San Francisco Giants?” After some extended screaming and a “Let’s go, Giants” chant, Harper, with his friends’ help, transitioned into his “Please Me Like You Want To”. His buddies traded the spotlight from here, with Arthur busting out his early single “In the Sun” and Harrison taking a seat at a grand piano for thenewno2 number “Another John Doe”.

While the performance was marked by plenty of impressive musical improvisation — several shining moments from Greene, a duel between Harrison and Arthur, and as expected, Harper’s lap slide guitar — the verbal improv did its part in making this a memorable show. All three members made cracks about the amount of weed in the air; someone apparently even threw a joint at Arthur. The band played a game of rock, paper, scissors, and joked about Harrison’s backstage skateboarding. Best of all, they were really proud of their Conan appearance — “Y’all see us on Conan last night?” quipped Arthur at one point, out of the blue. And introducing “Father’s Son”, Harrison said, “We did this song with Tom Morello last night and it sounded like ‘Killing in the Name of’. That wasn’t really our intention."

Harrison, playing in San Francisco for the first time, showed some nerves; his eyes never fixated on the audience, and he had to restart “Another John Doe”. Still, he came through and was, needless to say, a crowd favorite.

None of what FoM did was more or less than what you’d expect. No theremin experiments, no heavy metal. The only surprise was how well these three synchronized all night. There’s no doubt these three are good friends and enjoy being on stage with each other. Fistful of Mercy is essentially just three dudes who happened to get together and jam, and now they have a solid album and a hell of a live show to boot. There’s just something so right about this." 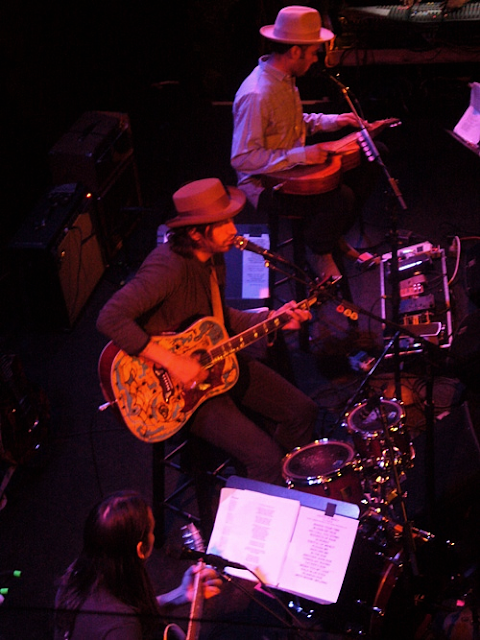 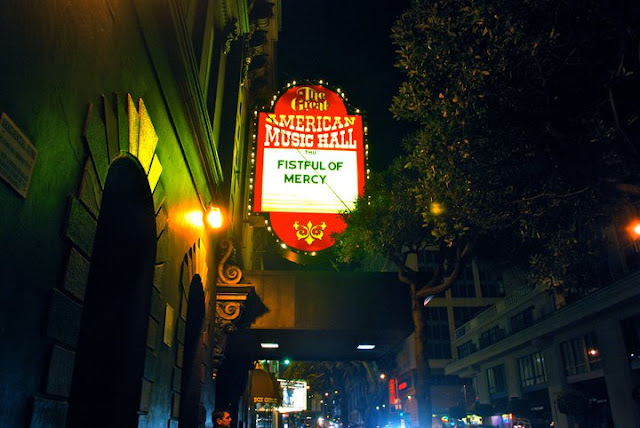 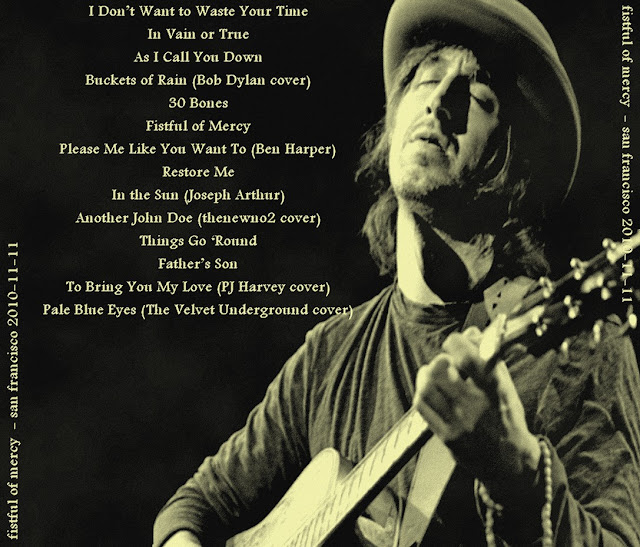